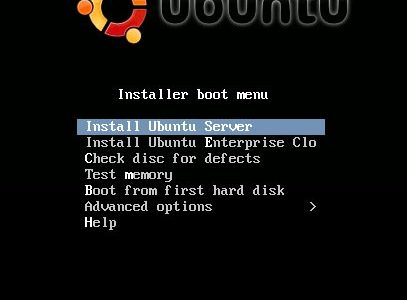 I decided to remove some redundant software from my Ubuntu Maverick Meercat (vers 10.10) install and try and improve its performance as it only has a 1.6 GHz processor.

Being an old install the software repository is no longer supported and I had to set up a legacy one by searching Google. I updated the repository files and it was working fine.

Next I uninstalled the supplied Office software and next was GIMP. Ubuntu selected a huge amount of files and it wasn’t until after I clicked OK that I noticed that 1GB was going to be removed. Not only was GIMP removed but also the Linux kernel!

The system was still running (from memory no doubt). I backed up the /var, /etc and the /home folders. The kernel seemed to install OK from the repositories, but on reboot the system failed to run.

I suspect that the older repository confused the Synaptic Package Manager and when GIMP was uninstalled this was linked to the kernel somehow.

I didn’t want to go back to Maverick Meerkat but the later versions of Ubuntu desktop are too demanding for my older computer.

Using VM Virtual Box I tried out a few low resource Linux versions. After having a read of a good article about them I tried :

Damn Small and Puppy Linux lacked Apache and you would have to install it later.

Slitaz was difficult to get up and running. The furthest I got was to get the install menu from the CD image. The instructions on the site are hard to follow and I couldn’t make sense of it. I gave up and went onto the next distro.

Lubuntu was the best one I think. Easy to set up and use. I had a few issues setting up other software getting errors when the system couldn’t find things. I didn’t want any hassles at all; and the Linux desktop got very little use.

All I need is a server running Apache, PHP, MySQL and Backuppc. Ubuntu server turned out to be very easy to install. Once done it can be managed from a terminal and with Webmin from a very nice web interface.

With no GUI using up resources it serves up data quickly.

The best solution was to install Ubuntu Server; the Linux desktop had not been used. And with the /var and /home folders still intact my Linux box was almost better than it was. Except for backuppc, but that’s another story.

One of the biggest upsides to WordPress is that it has several plans that fit every need. If you are...

As of March 2019, Facebook recorded about 1.56 billion daily active users. Using a platform with suc...

How to Improve Your Customers Online Shopping Experience

As a business, if you’re doing well, it’s because of the loyalty and support of your customers. Unle...

How to Work and Travel with an Online Business

Travel is something that everyone hopes to do, but not everyone gets around to. It could be because...